The sudden death of her husband, General Nathanial Greene in 1786, left Catherine Littlefield Greene to raise five children and run a struggling plantation. She hired and manager and succeeded in both. In 1792 she rented a room to a young teacher named Eli Whitney, but was less interested in his scholarly work than his mechanical skills. She explained the difficulties of separating the course hulls of green-seed cotton and suggested an idea for a cotton gin. How much involvement she had in the design and construction isn't clear, although there is evidence that Whitney's original design had wooden teeth that didn't work and it was Catherine Green who recommended wire as was used in the successful model. Whitney patented the product and was credited with the invention. He paid Green royalties on the patent.

In 1798, twelve year old Betsey Metcalf of Providence, Rhode Island couldn't afford the hat she saw in a shop window and invented a method of braiding straw from her family's barn to make one of her own. Like Catherine Greene, Betsey Metcalf, afraid of social criticism, did not patent her idea. Mary Kies, of Killingly, Connecticut cared little about what the neighbors had to say and applied for and received the patent. Because of these women and a ban on imports, the straw hat industry grew rapidly in New England.

Are you familiar with the Tennessee River Campaign of 1862? An investigation into the Civil War would tell you it was considered by many as the Union army's first major success. Further research would credit Ulysses S. Grant with the campaign's triumph but might not reveal that the plan changing the course of the war came from Anna Ella Carroll of Maryland. Assistant Secretary of War Thomas A. Scott and others at the War Department recognized the strategy was  written by a military genius—a genius known as A.E. Carroll. After the war, an attempt to enter Carroll's role in the official record was squelched for fear that it would outrage the general population to find the war had been directed not only by a civilian, but a female civilian. She received no compensation or credit for the action that saved the union.

During my research, I came across a YouTube video (actually an audio recording), of Agnes Moorehead performing in a Cavalcade of America radio episode about Anna Ella Carroll. It aired in June of 1941. It is interesting to realize that this story, omitted from history books, played on the radio. (If the video doesn't start, click on the YouTube button on the lower right and listen to it there. It's worth it. Just remember to come back.)

But, this post is not about Catherine Green, Betsey Metcalf, or Anna Ella Carroll. So why all these interesting facts? I learned about Greene and Metcalf from a pamphlet called Woman as Inventor written by Matilda Josyln Gage and published by the New York Woman Suffrage Association in 1883. A piece called Who Planned the Tennessee Campaign of 1862: A few generally unknown facts in regard to our Civil War, also by Gage, revealed the remarkable story of Anna Ella Carroll.

You might be familiar with Matilda Gage for her role as co-editor with Elizabeth Cady Stanton and Susan B. Anthony of the first three volumes of The History of Woman Suffrage (1881-1887). Or, you might have read the book written five years before her death, Woman, Church and State. It is more likely that you know very little about Gage.

Matilda Electa Joslyn, an abolitionist, suffragist, author, lecturer, and radical thinker, was born in Cicero, New York in 1826. Her family home was a stop on the Underground Railroad. After her marriage in 1845 to Henry Hill Gage, their home also became a stop. 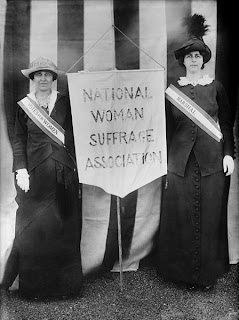 In 1848, with small children at home, Gage was unable to attend the first National Women's Rights Convention in Seneca Falls, New York. She made her public speaking debut in 1852 at the Syracuse convention. The movement, on hold during the Civil War, reconvened as the American Equal Rights Association, but with growing internal friction. Gage opposed supporting the ratification of the 15th Amendment unless it allowed votes for women. Others felt that securing the vote for all men would help women. The amendment, ratified in February of 1870, said: "The right of citizens of the United States to vote shall not be denied or abridged by the United States or by any State on account of race, color, or previous condition of servitude." In 1869, Gage, Anthony, and Stanton founded the National Woman Suffrage Association. Two years later, Gage and other members tried to vote, only to find that women were not considered citizens. In 1872, Susan B. Anthony successfully cast a vote and was arrested. Gage said: "Susan B. Anthony is not on trial; the United States is on trial."

In 1878, Gage bought a journal called The Ballot Box, which she renamed The National Citizen & Ballot Box and became editor and publisher. Stanton and Anthony were co-editors and the paper became the voice of the NWSA. This is a remarkable publication in any era, but especially in the late 1870s. Here are a few details from the prospectus:


The National Citizen will advocate the principle that Suffrage is the Citizen's right and should be protected by National Law, and that while States may regulate the suffrage, they should have no power to abolish it.

It will support no political party until one arises which is biased upon the exact and permanent political equality of man and woman.

The National Citizen will have an eye upon struggling women abroad, and endeavor to keep its readers informed of the progress of women in foreign countries.

As nothing is quite as good as it may yet be made, the National Citizen will, in as far as possible, revolutionize the country, striving to make it live up to its own fundamental principles and become in reality what it is but in name—a genuine Republic.


Gage's radical views became unpopular with the increasingly conservative movement. In 1890, she left the organization to found the Women’s National Liberal Union, fighting religious fundamentalists working to amend the Constitution and proclaim the United States a Christian nation. In 1893, she published Woman, Church and State and made clear her belief that the church was the greatest oppressor of women. I believe those views contributed to her near complete omission from historical records.

But Matilda Joslyn Gage is not forgotten. Not completely. A growing amount of information is available, much because of another remarkable women, Dr. Sally Roesch Wagner.

It was Sally Roesch Wagner's book Sisters in Spirit that prompted this month's post. In it, Wagner tells the remarkable story of how Native American women influenced our nation's early feminist. As we face another critical moment in the struggle for equality, the work of previous women must not be forgotten. Their voices will remain silent only if we allow that to happen.

There is a word sweeter than Mother, Home or Heaven; that word is Liberty. Matilda Joslyn Gage

New comments are not allowed. 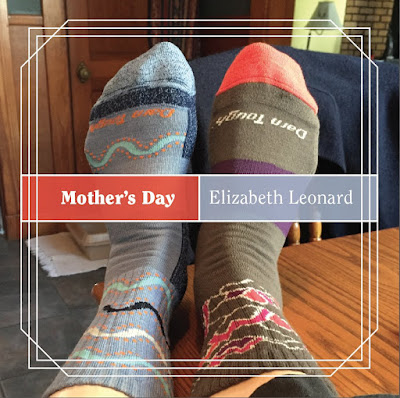